Starboy Wizkid’s first baby mama, Shola Ogudu has visited Linda Ikeji, one of his industry ‘enemy’ who he had a serious social media fight with and they even ended up settling at a police station.

Recall that in early 2016, the singer and the millionaire blogger, literally set the online space on fire when they went for each other’s jugulars after Linda published a story that the father of 3 was given quit notice at his Lekki Phase 1 home.

Wizkid, who was incensed at Linda’s audacity for reporting the stories which he wanted to keep under wraps, came for her with guns blazing.

Oh well, they went back and forth blasting each other on social media that Linda went to report him to the police after he threatened her life.

They finally settled with the police and Linda has never posted any story about Wizkid since then.

To see his first baby mama Shola, who called him out last year for being a dead beat, with Linda Ikeji at her office, is something to anticipate and look out for.

But I’m thinking it’s about her getting her clothing line on her LITV.

“Thanks for being so Amazing �� @officiallindaikeji#CantWait��” Shola wrote as she shared photos with Linda. 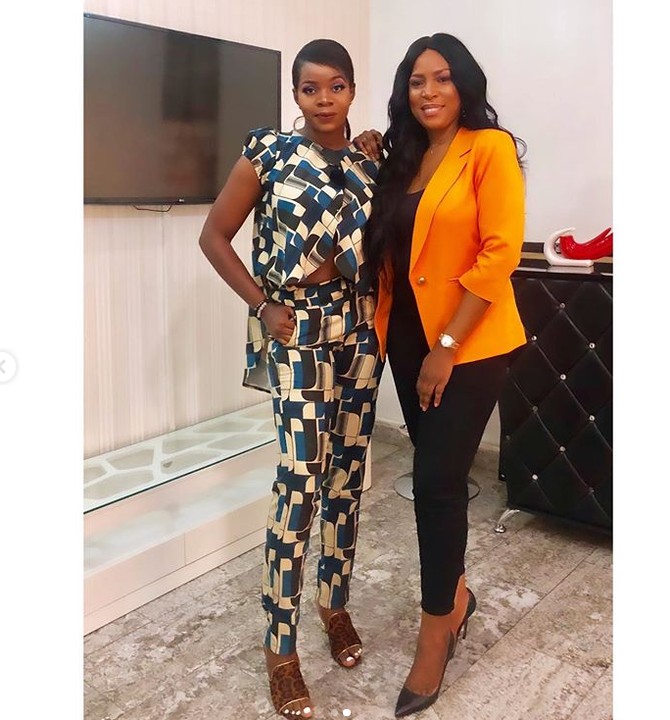