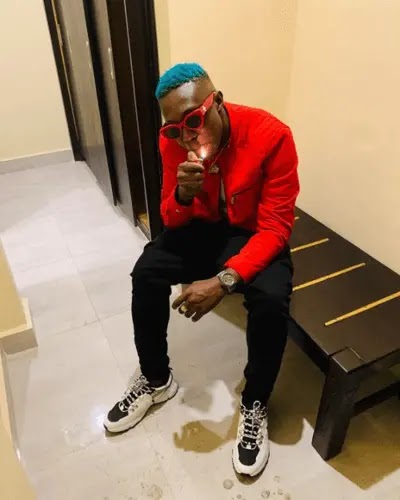 Zlatan was billed to perform at the Nollywood actress’ Children’s Day Party in Agbor, Delta State but on getting to the venue, he was thwarted from performing.

According to the organizers, his recent scandal with the Economic and Financial Crimes Commission (EFCC) would not portray him as a figure the children should look up to and this compelled them to prevent him from performing at the show.

The rapper had to plead with one of the organizers to let him perform but his pleas fell on deaf ears and all hell broke loose.

The organizers threatened to shut down the whole event but with the quick intervention of Regina Daniels’ Husband, Ned Nwoko and her mother, he was eventually allowed to perform.

View this post on Instagram
#ZlatanIbile begs to be allowed to perform at an event in #Delta . . There was drama, yesterday, at actress #ReginaDaniels Children’s Day Carnival In #Agbor, Delta State, as singer #ZlatanIbile was initially prevented from performing. . . It was gathered that the decision to stop his performance was linked to his recent arrest by the #EFCC over his alleged links to cybercrime and its potential negative effect on the impressionable children at the event. . . At a point, the singer had to profusely beg one of the organisers to allow him perform so as to shore up his image. . . As the matter degenerated to a stage when some of the organisers threatened to shutdown the event if Zlatan is allowed to perform, Regina Daniels’ husband and mom had to be called in to intervene before he was eventually cleared to perform.
A post shared by Instablog9ja (@instablog9ja) on May 28, 2019 at 4:30am PDT