What Would Have Happened If Xenophobic Attacks Occurred Under Abacha, Singer Skiibii has revealed all the things he believes would have happened had it been the current xenophobic attacks occurred during the regime of late General Sani Abacha.

In a post he shared on social media, Skiibii stated that though Abacha has his own bad side, he would have been very much useful at a time like this.

Listing the things that would have happened if xenophobic attacks occurred during Abacha regime, 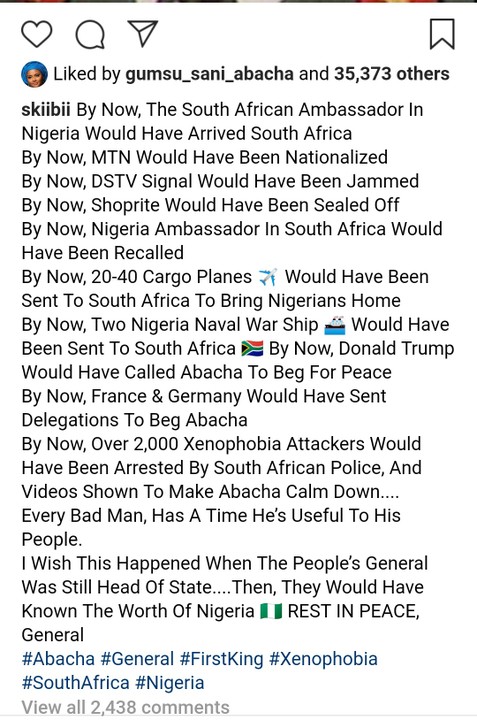